Located near the town of Roccalbegna, on the southern side of Mount Amiata, it covers about 130 hectares and consists of large areas of forest and forest edges, and is crossed by two rivers converging and wedging in a narrow "canyon", about 700 meters long, dug into limestone.

Though not visible during the guided tours, the reserve has numerous caves and rocks openings that are an essential refuge for many wildlife species. The land has been purchased by WWF in 1995, through the so called "Beniamino Transaction".

As a result of many altitude and sun exposures, different vegetation varieties populate the reserve. Secular samples of holm oak with huge roots planted deep into the soil crevices can be easily spotted by the rocky side.

The copse covers approximately half of the reserve territory and is all made by oaks, hornbeams, ash trees and rowans while the undergrowth is made by blackthorns, wild pears and junipers. The riparian forest that stretches along the Albegna river is instead characterized by poplars, willows, alders and ash trees.

Many different kind of wildlife specimens represent the Bosco Rocconi reserve. Among the birds: the lanner, symbol of the reserve, the harrier, the sparrow hawk, but even buzzards, kestrels, doves, horned owls, woodpeckers and the imperial ravens. 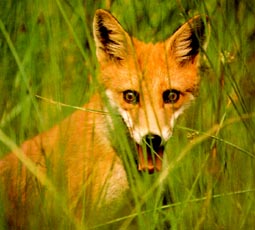 Visiting the reserve is pleasurable and possible during the whole year. By the way, please keep in mind that a guide is definitely needed and it requires reservation. Get to the reserve by two different routes: follow the SS Aurelia to Grosseto; get to the "Grosseto-Siena" road; follow the signs to Paganico; continue to Arcidosso;

keep going following the signs to Roccalbegna and, by the town of Triana, turn right. Coming from Rome the path will be much more interesting but rather tortuous: get first to Montalto di Castro and from there to Vulci, (where an Etruscan necropolis lies), then continue to Saturnia and its sulphurous springs.